Hello, today I was planning on doing an opinion on PUBG compared to a certain other Early Access game, but then I thought that I should tell more about myself, so that you can more understand my opinions and my personality, So today I will be talking about a major event in life (well, as a weeb anyway), and that is how I first started to get into the Neptunia franchise. 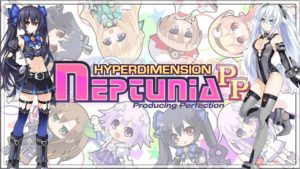 So you would think that a fanatic like me would’ve started off playing the original game, but it is far from that, as I never even owned a Playstation 3—infact I started off with their first PS Vita title – Hyperdimension Neptunia Producing Perfection. It all started off back in 2014 after work, I went to the Game in Birmingham, The Bullring. I was off to buy the new Mario Kart 8, but when I got there, I noticed two weeby games next to each other, one Neptunia PP, and I unfortunately can not remember the other. I had a bit of extra money left over from buying MK 8 and the games were both £20. After spending an hour in the store, I went with my gut feeling and picked Nepu. 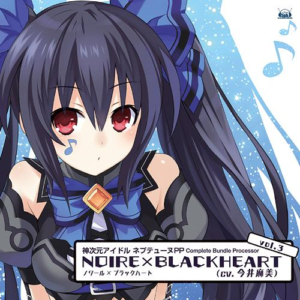 So what happened after that? I played Mario Kart 8 for a few hours and got bored. Then, while on Skype (2014) with 2 friends, I turned on Nep Nep PP and chose my route. It took me about 3 hours to pick. My friend who was a big Nowa fan at the time didn’t want me to pick Noire, as he knew how much of a fanatic i can be about characters, so he tried to sway me away from her, but unfortunately for him, I picked Nowa. I only ever played Noire’s route in PP, but I loved it to bits, infact it is still one of my favourite Neptunia games to date, and Noire was my waifu ever since.

Should have discussed PUBG vs H1Z1 REEEEE 😀