Recently, I had brought Player Unknown Battlegrounds , an early access title that came out late March of 2017. Now I’ve already ranted about early access games, so why did I decide that I wanted another early access game on my game list? Well, mainly it was peer pressure, but also curiosity. I needed to see what made that game surpass H1Z1 in the steam charts, and keeps 250,000+ users on a daily average.

So what is it, and how is it like? Well, like all games that are popular in early access, its a battle royale. You start off on a plane, choosing where you want to spawn unlike H1, where you are randomly placed into the arena and have to work with where you spawn. Instead of slowly spreading gas that is hard to see through, there is a blue kill circle, that slowly damages you over time, damaging more and more when the circle closes in. Just like in other battle royales, there are supply drops that give you better than average loot, with some really rare items in there aswell. But unlike games like H1, there are no airstrikes that protect the drop, but instead there are random “red zones” that pop up on the map. After approximately 1 minute of being visible on the map, the location is bombarded with mortar strikes. I have yet to be killed by the red zone, and at this point I am sceptical that it even would kill someone. 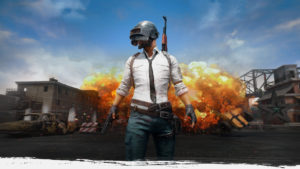 All seems good right? A decent battle royale, good mechanics, nice variety of weapons and equipment. what else is there to worry about? Two words. Early Access. Sure it is a wonderful game, however it is piled with bugs and poor optimisation. When I first opened the game, it seemed alright at first. Just your better than average game in early access. Then I started up a solo game. It took a little while, but not enough for me to complain. After that, I randomly pressed drop and aimed for a house. All was working well, well until I dropped. I noticed that the houses and other assets were not loading in properly, it took 2 minutes of waiting, and I died before I could find a gun. So after that mess, I had a looksie online to find two fixes to my problem; one was to put in certain launch options in the properties on steam, and second was to press tab to open the inventory. It froze the game by doing so, but it luckily sped up the loading. Both fixes worked to a point, however I was still unable to be viable in the early part of the game, especially as I exclusively play duos and squad matches, except for when i was trying it out at the start. I was informed that at this point of the games development cycle, that it is required to have an SSD to be able to play the game properly. Unfortunately, I do not own one at the time of writing, however my other hard drive was much faster than my original one, and when I switched, there was much less loading than what was first required. 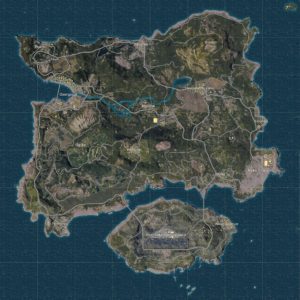 So all in all, is PUBG a good game, and would I recommend it? Well in this state, if you have friends that also play, or have an SSD, I would most defiantly recommend it, but ONLY if you have money to spare and if your friends will play often. Is it better than H1Z1? For sure! The game is much less arcadey and slow paced compared to H1, so if you are more into that gameplay and played a battle royale like H1 before, then this game is for you. PUBG also has a lot more updates and maps coming, while I have not heard much from the H1 devs about maps and additional content. Just crates, lots and lots of crates.