Well, Well, Well. What do we have here? The 3rd attempt at the Death Note (cause the 1st one wasn’t good or anything >_> (well at least until L dies anyway <_<)) now “americanised”. So how is it? Whitewashed? Safe? Faithful to the Anime/Manga? We shall see. 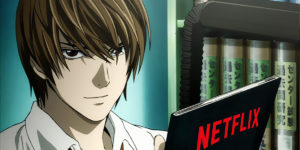 So before I begin, I have to say that if it was a standalone movie, it would be a really good film. Unfortunately, it is not. So where do I begin? Let us start off with the Characters. First one – Light Turner, our main protagonist. An intelligent pansy to say the least. Compared to our good old Japanese variant Light Yagami, he doesn’t have that great sense of justice, and doesn’t feel like a character you could follow. He just seems like a pushover up until the end, with the one “redemption” at the end where he plays Mia and gets away with his deeds, while with Yagami, he has a strong leadership presence, and has his own sense of justice throughout, and will not let anyone get in his way of his perfect world. 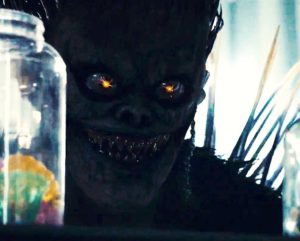 Then we have Ryuk, our little Shinigami. (god of death if you are a normie >_>)  Unlike our god of the east, he is much more serious, to the point where I consider him a right arsehole compared. He likes to betray the owner of the book in any way possible, and in my opinion is just not a pleasant and likeable character where he should’ve been. The americanised version of the character does look very appealing however, definitely looking the part. 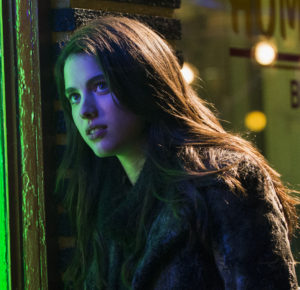 Next on the chopping block is Mia, the american version of Misa. Just like in the Japanese version, she is very affectionate, loving and clingy to Light. Yet unlike Misa, she is much more interested in the Death Note, even to the point of putting Lights life on the line, writing his name in the book and not saving him unless he gives her the book. (Oh yeah you can save someone just once per book by burning the page with their name on, a bit like the death eraser, but that was scrapped after the first part of the manga cause it was stupid >_>) In my opinion, the way that Mia is portrayed is not exactly powering one. She feels like she was in there just so there was another villain instead of the supporting character that she was before (oh and on a side note to keep my mother happy, something about her being anti feminist or something, I forgot but I remember her saying something about something to do with it =P ) 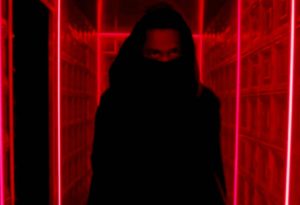 Finally, we have our detective, L. (There are more characters that could be mentioned, and which ones were completely left out and reworked, but I would be here for months if I went on with that, so I just want to make a mention of it ^_^) He is a black orphan that was part of a top secret project to create the greatest detective. So the reason that I brought up that he is black is that it just makes his backstory make little to no sense, with him living in china in a top secret Chinese orphanage. It just doesn’t make much sense in the way of a story, it just feels like america trying to be diverse, even when it doesn’t make sense to the story (unlike the time with a film called Dunkirk where it was diversely accurate, and a reviewer stupidly said that its not diverse, even though that wouldn’t make sense >_>) . It is sad that we live in such a world where people care what the actors are >_> . Anyway, getting back on track, he is a relatively good depiction of a top detective, even though his way of getting his deductions done don’t really make much sense, but other than that, he is a semi decent character that is supposed to represent L. 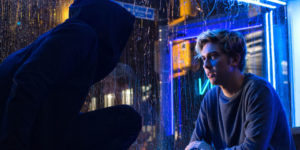 Finally,  I will talk about the story and how it is compared. To begin with, 1 hour and 40 minutes is no way enough time to make a decent adaptation of Death Note, it felt really rushed. Then we have the writers, to me it seemed that they did not really care much about the source material, while the creator/director cared much about the original. You can really see where the writers just drop the ball, but also where the director tries to passionately make a faithful adaption. One of the greatest scenes that really annoyed me was when Ls guardian went to china in 48 hours and got top secret information from the abandoned orphanage that L was brought up. For starters, 48 hours to china and get into a top secret facility? yeaaaahhh, suuureee. Secondly, the top secret info hasn’t been destroyed or moved to a bunker? Yeah…. it’s not exactly the best thought out scene. There are also alot of characters that are missing or heavily changed, which is a right shame, but sadly makes sense with the length of the film and the fact that it is in america >_>

All in all, it is a very enjoyable movie, however unfortunately it just does not live up to the mark that I wished it could have been. Luckily it was much better than the Japanese live action version. You can really see who was passionate and knowing of the original source in the making of the film, and the people who didn’t at all care about the source material. In the end, I would give it a watch, whether you are weeby or a normie.

Thank You For Reading As Always~