So after 3 years of hope, the Destiny franchise finally comes to the PC in the form of Destiny 2. Even though Destiny 1 was a major disappointment on release, it was slowly patched into a better and more enjoyable experience. Ending up with two DLCs and one expansion, it slowly became more of the game that people expected it to be on release. So Destiny 2, is it the game that Destiny 1 should have been? We will see next week (or in around 2 months if you have to wait for the PC release T_T ) . As we wait for the eventual release of the game, the PC version was given a small weekend of a Beta (that wasn’t extended like the console Betas >_> ) from the 29th (28th if you pre-ordered or got the game for free like me =P) to the 31st of august, which I have been playing and streaming throughout all the beta period. So what did I think of it? 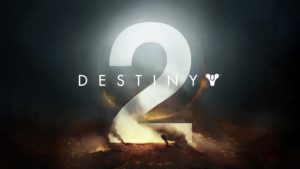 So first I shall talk about the options and the menu. If you have played the original Destiny, then you pretty much know what you are getting into. It has a future looking aesthetic, with simple and clean menus, which can be navigated with both the keyboard and the mouse. The options menu is just what you want, there are different menu sliders for ever audio option, different colour blind options, and many different options to alter your HUD to your liking. Keyboard controls are fully customisable, allowing two bindings for each option, and no overlapping abilities/movement controls. As you look at the graphics menu, you would be pleased to see that everything is on there, with many types of AA and AO, and I must say, the game is a looker! with my PC Specs it looks amazing! The water effects and reflections, the smooth always 60+ FPS, and the texture quality are all amazing. Compared to what I’ve seen of the console gameplay, it has nothing on the PC version. 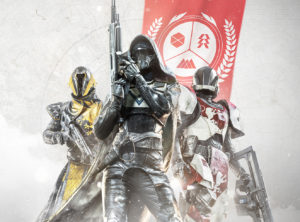 Once you’ve set up your settings to your liking, its time to pick a class. All three were available on beta, which consist of the Titan (“Tank”), the Hunter (“DPS”), and the Warlock (“Support”). Each class has two sub classes, with a third most likely coming later on in Destiny 2. All the sub-classes are either new or reworked. The Titan having the Sentinel, having the Void version ultimate which is practically captain america’s shield; the Striker, which is their reworked class, having the same ultimate as last time, but with the ability of charging and lightning smashing multiple times instead of once. The Hunter having the Arcstrider, which is their new subclass, having the lightning staff as their ultimate, which is practically Striker but with style. The chosen rework subclass is the Gunslinger, which hold the one shot golden gun ultimate, however it has more uses than before, but is more skill shot (well it would be if it wasn’t on PC anyway >_> ) . Finally we have the Warlock, starting off with the Dawnblade, which in essence is a fiery flame goddess from the sky with a sword that fires the great flames of fury upon your enemies. Even though my favourite class was Titan, this made me question my choice >_> . There’s also some terrible Voidwalker subclass that does one black hole thing, but no one uses it cause its terrible. Each class and subclass has its own strengths and play style, and I highly recommend trying them all. 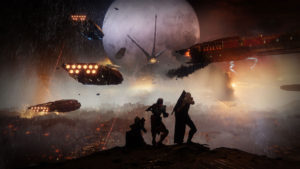 Last but not least, we have the gameplay. There was 4 modes that are available during the beta, with pre levelled characters, where you can not level up or gain gear better than what you already own. The game modes that were available were the Campaign (which you only get a small snipped of like a tutorial), the quick play PvP mode, which was one map on a control point. Competitive, which was another map in a CS:GO like format, and finally a strike, which is like a mission with a boss at the end. Both PvE and PvP seemed well balanced (however everyone had the same gear, so we can’t be certain >_> ) , with the guns and abilities feeling well responsive and really enjoyable on PC. I am really glad they brought over this to PC (even though we have to wait 2 extra months >_> ) as it works really well. The PvP maps are really well designed, where the control points have 3 points where people can flank from, which keeps you on your toes at all times. The aesthetic of both the PvP and PvE maps are both very appealing to the eye, and I look forward to whats to come from the full game. The PvE NPCs feel challenging and well designed, with the boss battle being really fun and challenging, having 3 different phases to keep things mixed up and enjoyable. 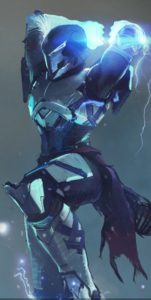 All in all, I am very pleased with what I played with what I played during the beta period. It truly feels like the Destiny that Destiny 1 should have been, and I have high hopes for the full release next week for console, and in 2 months for PC (Especially as I upgraded my free version to the deluxe version for only £35)

Thank You for reading as always~