So every year, for five years now, I have been attending a “great” event called the Runefest. At first, I went alone, but over the years, I have found many great friends that also “play” runescape, and so my runefest adventures this year have turned into more than just heading over for the weekend for an ingame item >_> .

So before I get into my plans for the week, I shall begin with explaining exactly what Runefest is. To put simply, it is a convention for the game Runescape (which most people probably played 10 years ago and stopped like normal people >_> ) . It is a fun, but quite the cringy event. There are loads of events that one can participate in during the Runefest. For starters, the night before party. The best part of Runefest in my opinion, as all you do is get unlimited plays at the place called Namco Funscape, with a bar at the bottom (but if you have a keen eye, you’ll spot a mini bar where you can get alcoholic slush puppies ^_^ ) . All you do is doss about, drunk out of your mind, and play on the bumper cars until midnight (and break your headphones two years running >_> ) . Once it has turned midnight, you get kicked out of the venue, and you go and have fun with the streamers (specially if you know some of them >_>) (Old School, noone streams RS3 full time) until its like 4am and you remember Runefest is also a thing but noone really cares about that =P . So then at the event, there are many things to do. There are mini-games (which are renamed every year to match the theme) where you do something silly, weird, or fun to get a poker chip that is themed around Runescape somehow, such as skills, elven houses and such.There are also many computers which you can go on to get your in game item and to play the game or stream there if you so wish. Then of course there are many announcements, tests of new features like Runescape on the mobile (please give away beta codes to people who attend this year thanks xoxox) that are available for everyone to try out. You may also meet streamers (if you don’t know them. heh.) in some sort of meet and greet. Finally, we have the Dead Man Mode tournament, which is Old School Runescapes “E-Sports” event where one player (clan) comes out on top and wins $20k (cause its cheaper than pounds) , alongside the Golden Gnome Awards. Theres also an after party which is nowhere near as good as the before party and usually runs out of alcohol 5 mins after starting >_> . Below is the current timetable for this Runefest. 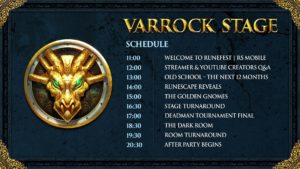 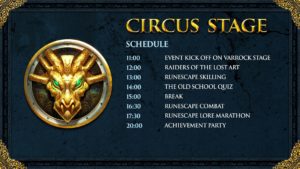 There are a few groups that attend the Runefest. There are the cosplayers (usually RS3), there are the people who come and take it seriously (probably RS3), and finally the ones that come as an excuse to get pissed and meet up (Obviously Old School) . Me and my friends are in the final category this year. We (Composed of The Great Hisakaki, Sex God Stef, Yiff Yiff Erid, Rich Cunt TJ, Ironman Jordy, and RS3 Is Better Than Old School William) have decided this year to make a week of the event, getting an AirBnB for the week. We plan on getting there some time Friday (Oh yeah, EGX is on the exact same day, so guess who’s waking up at 8am and having a crazy day >_>) , getting to the house with our plan that may work, probably won’t, and then heading out for a great night for the night before and what lies on. Then we have Runefest, which we’ll hopefully get to before midday (prolly not) and have “fun” there. Then on the Sunday, we plan to have a “community” meal with ourselves and Jay (SkillSpecs – https://www.twitch.tv/skillspecs ) before he heads off home. Then nicely enough, he and Jess offered everyone to have a BBQ at their house for a couple of days, which we now have planned for Tuesday-Thursday that we have ordered a car for for a great road trip ^_^ . Monday will just be our chill and tourist day, and finally Friday being our heading home all depressed day. 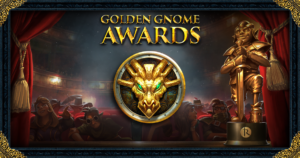 All in all, this year is going to be an amazing time for us all to meet up and have a blast. I will (hopefully) have a new post about this years Runefest and the stuff that I have gotten up to during this week event. I just pray that it all goes smoothly (which it won’t)

As always, Thank You all for reading <3